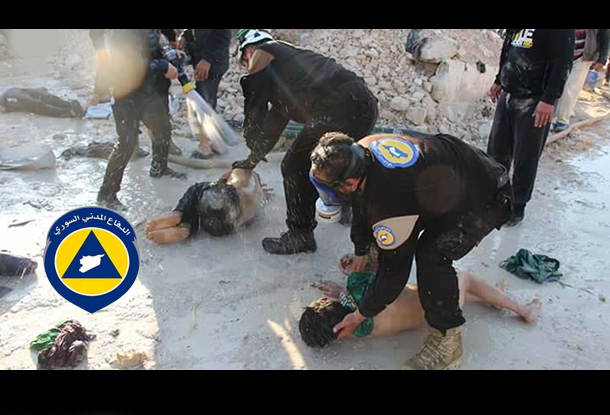 The White Helmets were preparing to stage a provocation, involving the use of chemical weapons in Idlib in order to blame the government for the attack on civilians..

According to local residents, on the afternoon of February 12, the HTS terrorists delivered more than 20 bottles of chlorine and personal protective equipment on three cars.

The false flag attack aims at provoking the international community into pressing on the Syrian government to halt the wide-scale offensive launched a few days ago to liberate the years-long militant-held Eastern Ghouta.