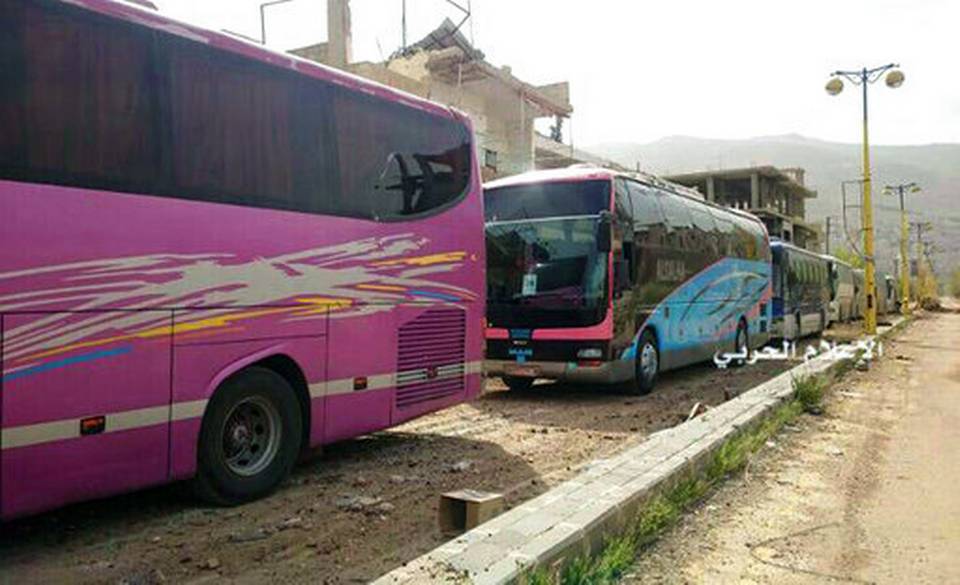 By day and by night, thousands of civilians and fighters continue to be evacuated from four besieged towns in Syria under a deal struck between the Syrian Government and rebels.

The transfers are the latest in a long series over six years of civil war.

Encircled by insurgents, people from Shi’ite towns of Kefraya and al Foua are being taken to government-held areas while those in rebel-held Zabadani and Madaya, under siege from Syrian army, are being bussed to the insurgents’ northwestern stronghold in Idlib province.

After two years of living under siege, evacuees were allowed to leave under the agreement brokered by Qatar, which support the rebels and Iran which backs the Syrian Government .