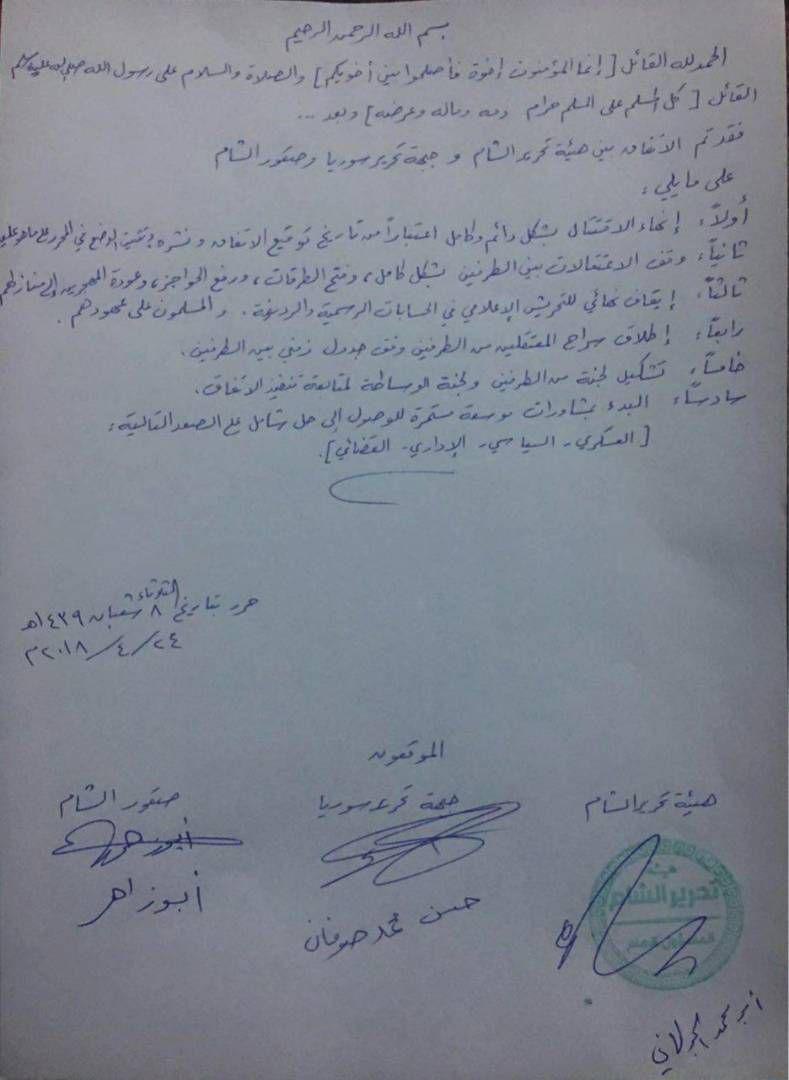 Hay’at Tahrir al-Sham terrorists and Jabhat Tahrir Suriya militants made a peace deal after a long period of conflicts and clashes.

This compact rests on the following basic premises:

1 – Groups are obligated to completely stop fighting starting from the date of signing this agreement. The Parties retain their current positions on the contact line.

2 – The Parties undertake to stop all detentions of militants, to unblock all roads, to remove checkpoints and allow refugees to return to their homes.

3 – The Parties are obliged to stop information warfare among themselves on all channels.

4 – The factions should eventually release all detainees and prisoners.

5 – The Parties establish a special commission to monitor compliance with all items of the contract.

6 – The Parties begin negotiations for a comprehensive settlement of differences in the military, political and administrative spheres.