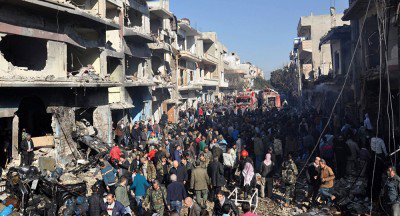 The terrorist attacks that targeted the provincial capitals of Homs and Damascus, Tuesday, were carried out by ISIS, the latter’s media wing announced last night.

ISIS has targeted these densely populated government-held areas on several occasions in the past, due to the fact they have a number of minorities and displaced people.