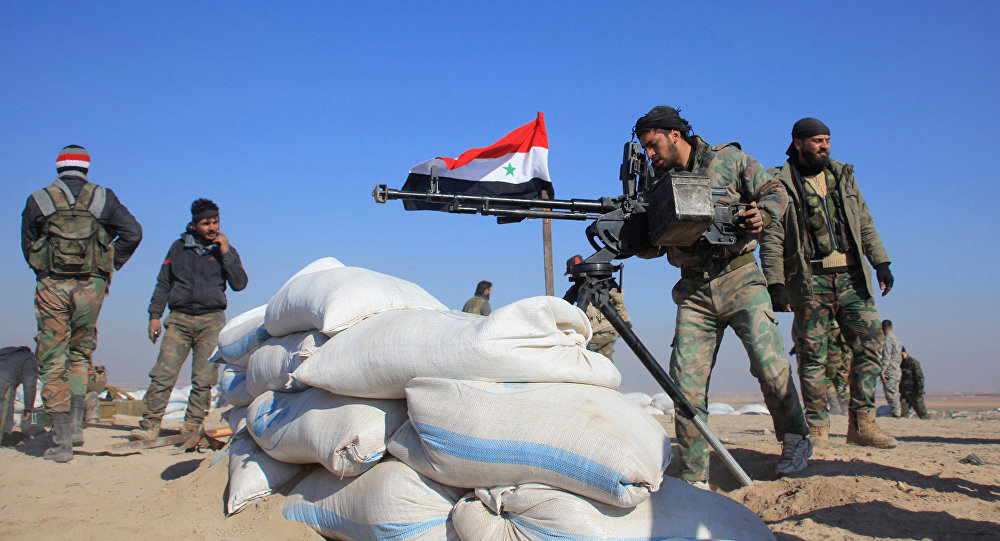 The army soldiers engaged in clashes with Jaysh al Islam in the farms overlooking Abdolmanaf’e gas station in the Eastern Ghouta of Damascus.

During the clashes the militants’ field commander named Abu Walid Juma’a was killed.