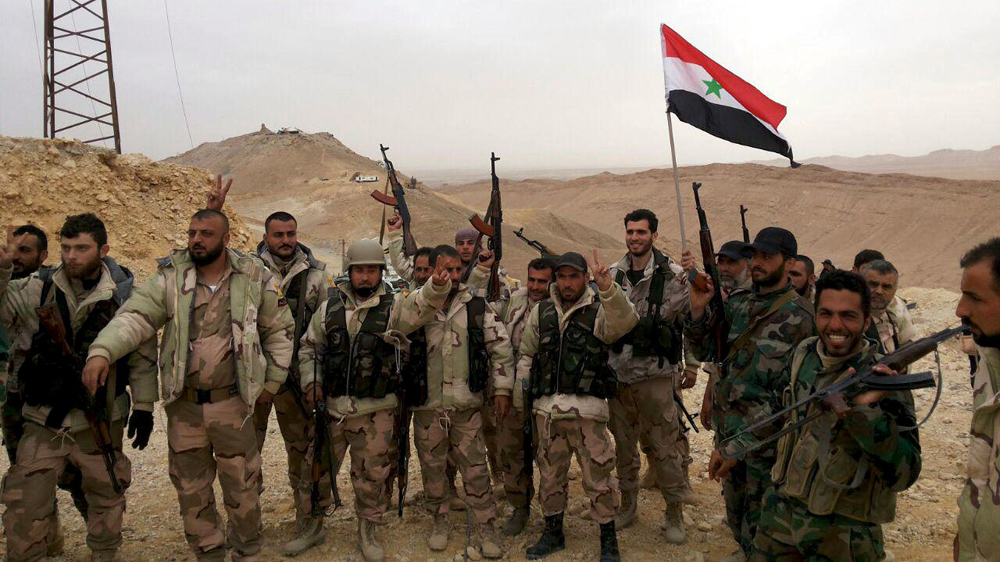 The Syrian army continued its military operations against the ISIS terrorist group in Eastern Aleppo, and seized control of a strategic airport.

The Syrian army troops seized back the strategic al Jarah (Kishish) strategic airport after killing tens of terrorists, including foreign field commanders, in fierce clashes with the terrorists. The ISIL is on the verge of full collapse in Aleppo province as the Syrian government troops have managed to liberate about 200 towns, villages and hilltops. The Syrian soldiers had reached areas overlooking al Jarah airport after pushing rapidly Southwards along Lake Assad while other units of the army advanced to positions some 10 kilometers from Maskanah, an ISIS-held town on the provincial border with Raqqa.