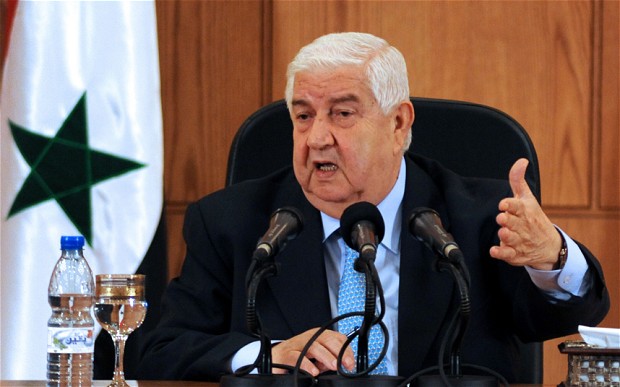 Syrian Foreign and Expatriates Ministry Walid Muallem demanded the UN Security Council to assume its role in fighting terrorism and the criminal acts perpetrated by the armed terrorist groups around Damascus and all over the Syrian Arab Republic territories.

Foreign Ministry addressed two letters on Thursday to the UN Secretary General and President of the UN Security Council complaining about the terrorist attacks launched by al Nusra and affiliated terrorist groups on Damascus city and other areas in Syria.

“Damascus, the capital of the Syrian Arab Republic, comes under brutal attacks nowadays by armed terrorist groups, led by al Nusra which is classified on the UNSC’s lists as a terrorist organization,” the Foreign Ministry said.

It added the armed terrorist groups, positioned in Joubar and Qabboun near Damascus, use bomb cars, rockets and explosive bullets in their attacks on the safe residential neighborhoods, claiming the lives of tens of innocent citizens and injuring many others in addition to breaking off some vital roads.