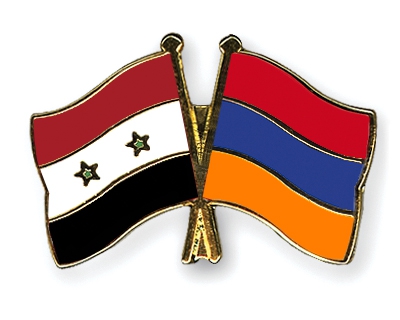 During the meeting with Armenian ambassador to Syria Hadiyeh Abbas stressed the importance of strengthening the historical relations between the two peoples in Syria and Armenia and the need to promote them at all levels to serve the interest of the two friendly countries.

Speaker Abbas also stated that Syria appreciates greatly the Armenian support for Syria in the face of the terrorist war imposed on it, pointing out to the importance of the role of members of the Syrian-Armenian Friendship Association at the People’s Assembly in strengthening bilateral relations and activating communication between the two sides.
For his part, Ambassador Poladian said that Syria is a real home for the Armenians in which they lived a golden historical stage and integrated in the Syrian society, adding that start of running flights between Damascus and Yerevan will enhance communication between the two countries.

He pointed out that his country will participate in the upcoming Damascus International Fair and that the Armenian-Syrian Friendship Association will soon be formed in Armenia.