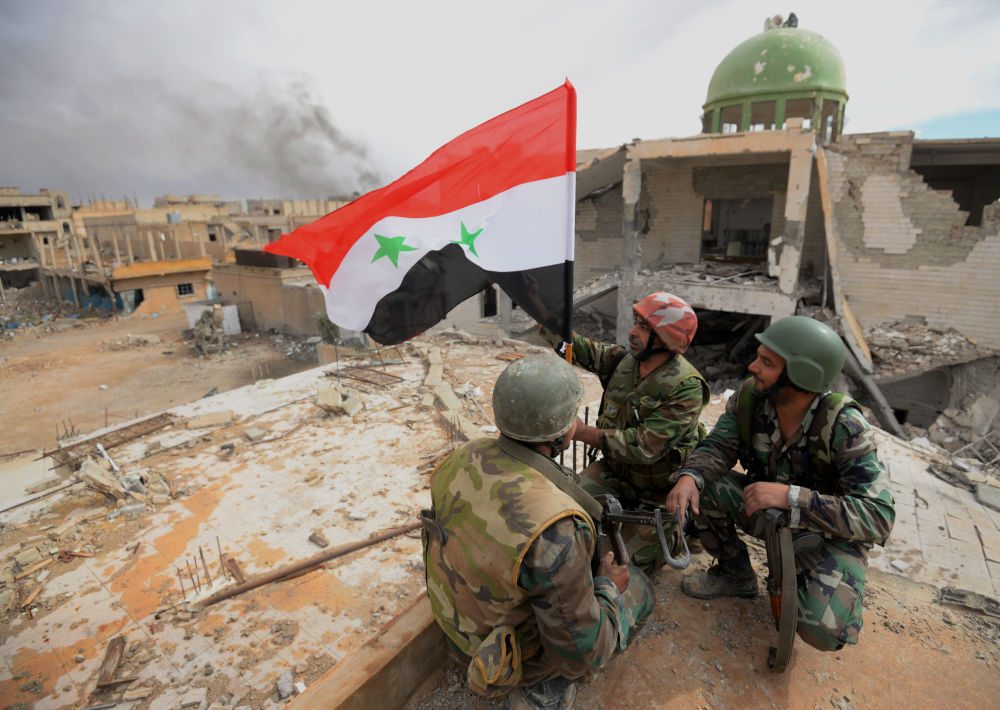 ISIS fighters have carried out a large-scale offensive on the T4 airbase from the Eastern and Southeastern directions.

SAA repelled their attack inflicting major losses to the terrorists.

After hours of non-stop clashes Syrian army killed over 55 terrorists, 10 suicide-bomber vehicles and 5 tanks were also destroyed during the battle.