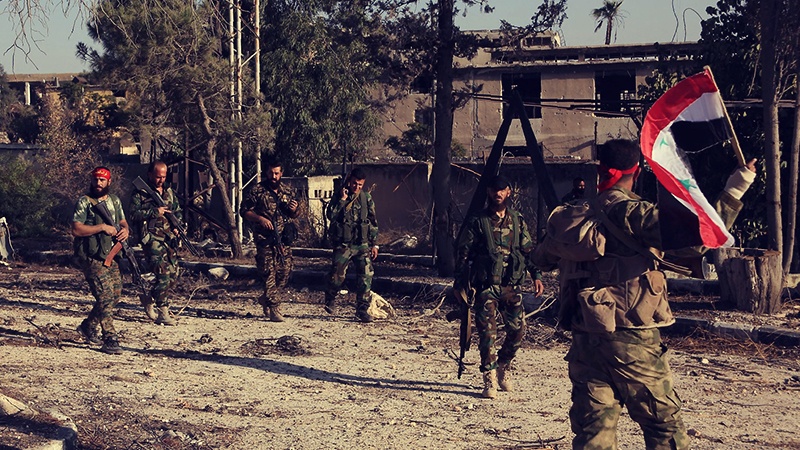 The government forces engaged in severe clashes with al Nusra terrorists who had attacked Ma’an, al Kabariyeh and Kawkab towns in Northern Hama and warded off their offensives. During the clashes 20 militants were killed and wounded and others were forced to flee the scene. Also a tank and several of their military vehicles were destroyed.