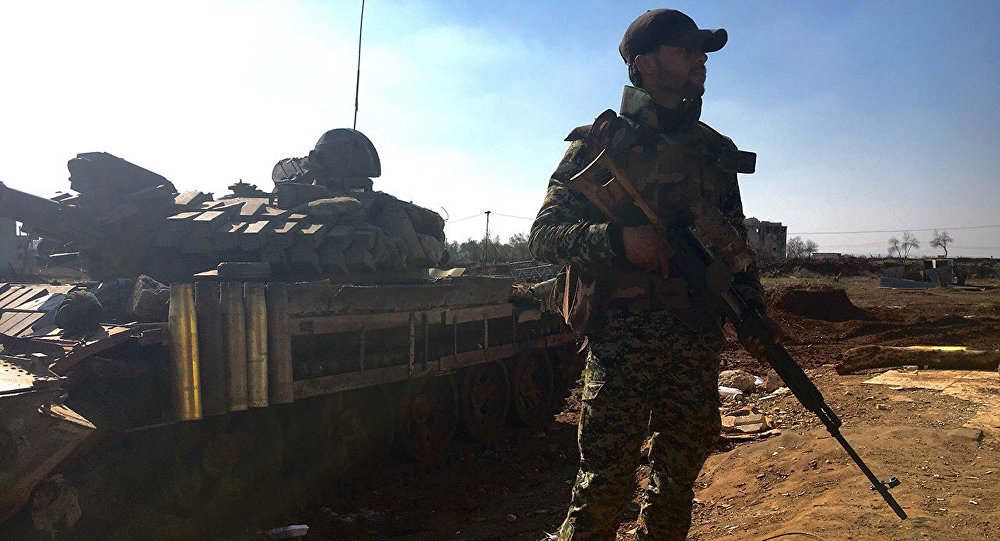 Al Nusra jihadists began the attack by storming the Syrian Arab Army’s checkpoints near the western part of the al Malaah Farms. This resulted in a series of clashes. According to the source, the government forces foiled the offensive, killing at least 12 militants. Terrorists retreated to Haritan town.
Al Nusra terrorist group reportedly used the current ceasefire in Aleppo province to build-up their forces around Haritan’s Eastern perimeter, this is where they attacked from.