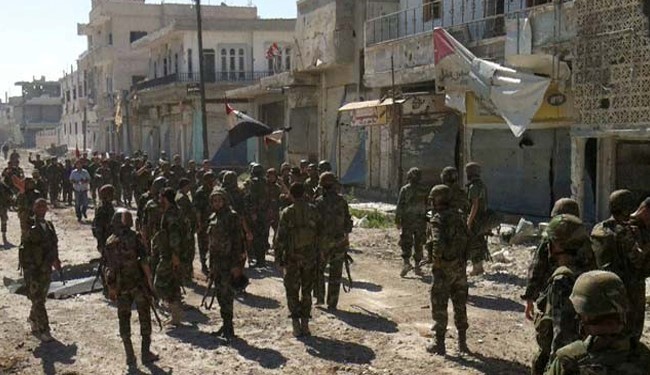 The Syrian army advanced into a rebel-held area in the country’s northern city of Aleppo, capturing rebel command centers.

Syrian forces moved into the rebel-held Masaken Hanano area, east of Aleppo, capturing command centers in that area after the collapse of the rebels’ defenses.

The army also captured five rebel posts in the same neighborhood. Light, medium and heavy weaponry as well as artillery shelling was used during the battle.