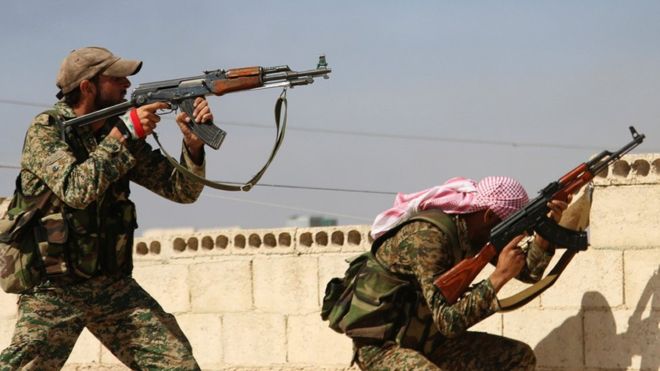 The Syrian army continues its military operations in Eastern Ghouta against HTS terrorists.

The government forces engaged in clashes with the armed groups and regained control of several points after militants violated the ceasefire.
According to the source, the Syrian army’s military operations were kicked off from three directions, including in Jobar district and with the aim of impose overall dominance over the district.
The Syrian fighter jets as well as missile and artillery units hit hard the militants’ military positions in these regions.