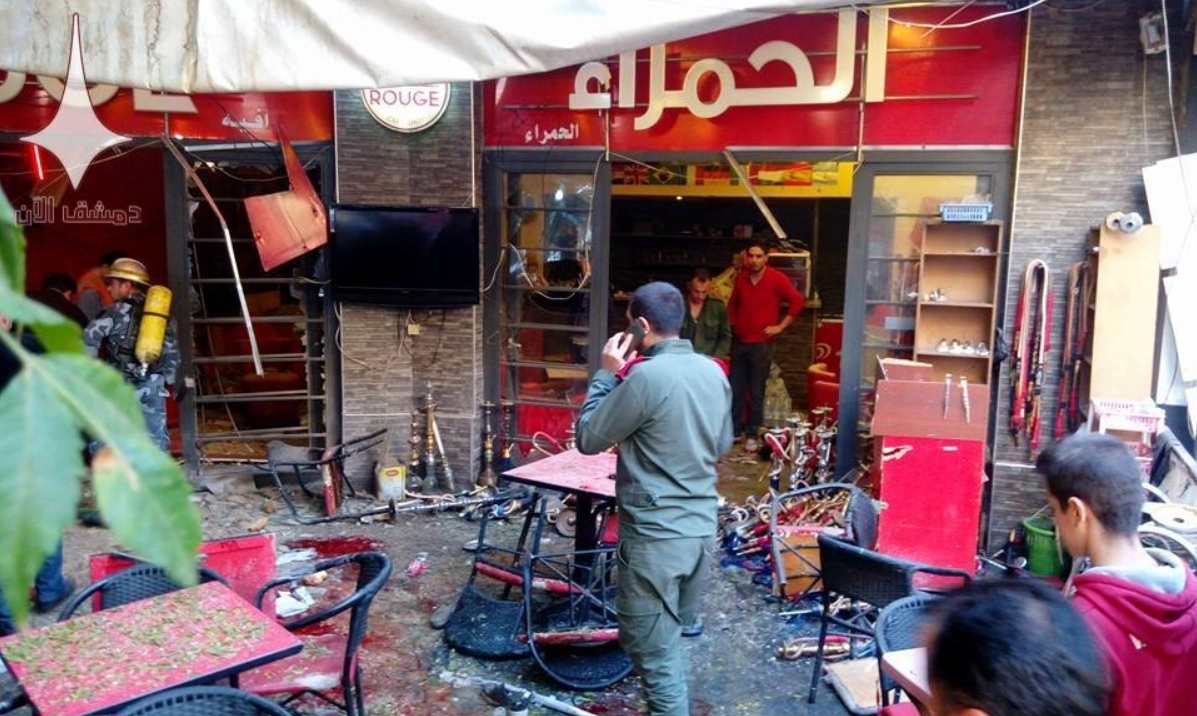 According to the source, at least 10 civilians were killed in the attack. Several buildings around the Russian Embassy were damaged. Also al-Abed Street, al-Salahiyah district and 7 Pools Square have been targeted.
The pictures show the aftermath of militants’ attack on a restaurant in al-Salahiyah district.