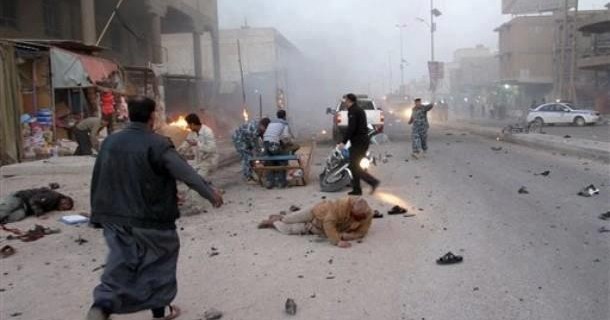 A bomb blast killed one civilian and wounded three others southwest of Baghdad on Friday, security sources were quoted saying.

Alghad Press website quoted the sources saying the blast took place near a popular market in Suwaib region, southwest of the capital.

The United Nations Assistance Mission in Iraq (UNAMI) has said that violence in the country lef 1115 casualties, excluding security members, during March. Baghdad was the second most affected province with 84 deaths and 246 injuries, according to the organization’s monthly casualty count.