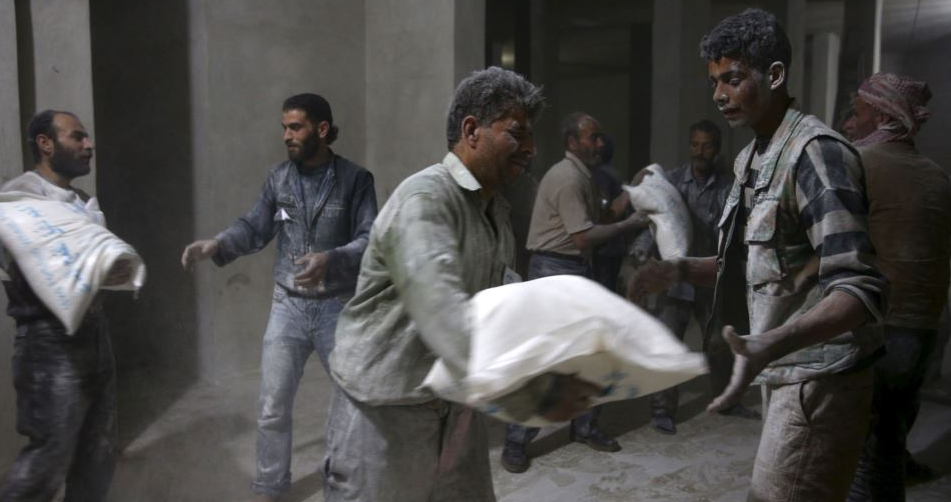 Families that fled Bab al-Hadid neighborhood said that the terrorist groups were distributing only three loaves of bread for three days of a family, while the Syrian Red Crescent Society’s flour bags sent to the people in East Aleppo were going to the al-Shamiyeh Front terrorists’ warehouses in Bab al-Hadid.

According to the reports the terrorist groups deployed in Eastern Aleppo, who faced shortage of fighters in their battle with the Syrian government forces, managed to collect the entire food stuff, including the Syrian Red Crescent Society’s humanitarian aid in their warehouses to use it as a leverage force hungry men to join their groups.

The terrorist groups in Eastern Aleppo had made people starve to choose between getting shot or dying of hunger.

Fatah al-Sham Front (previously known as the al-Nusra Front) had special warehouses in the neighborhoods of Aquoul, Bab al-Nasr and al-Bayadeh to gather the aid cargos sent for civilians by the humanitarian organizations and the Syrian government.