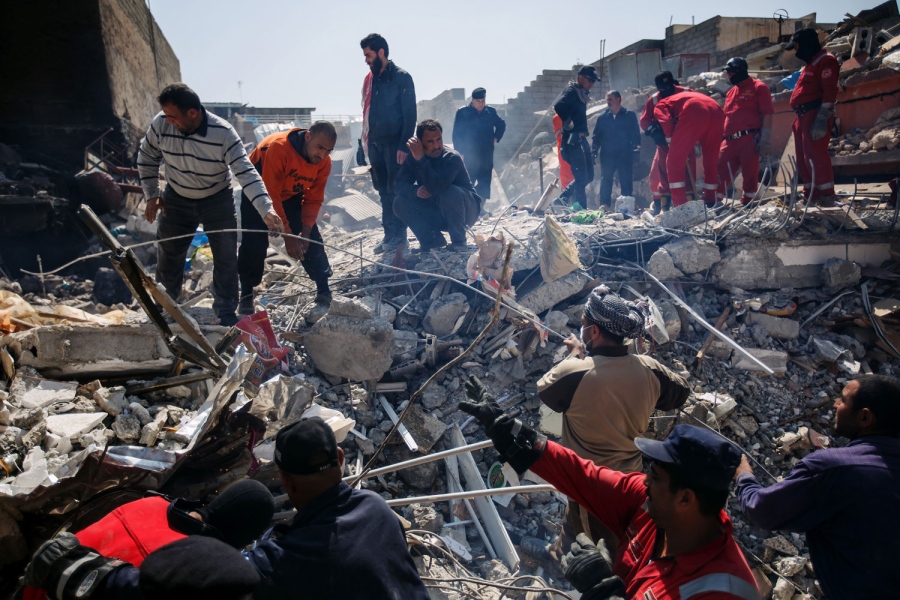 Nearly 300 die in Mosul airstrike, making it one of deadliest attacks on civilians in recent memory

More bodies were being removed Wednesday as the U.S.-led coalition investigated whether it was responsible, Iraqi officials blamed Islamic State, and the injured continued to suffer.

The attack came after government officials urged residents at the start of the Oct. 17 offensive to stay in their homes. Responsibility for the deaths has been disputed, as has the number killed.