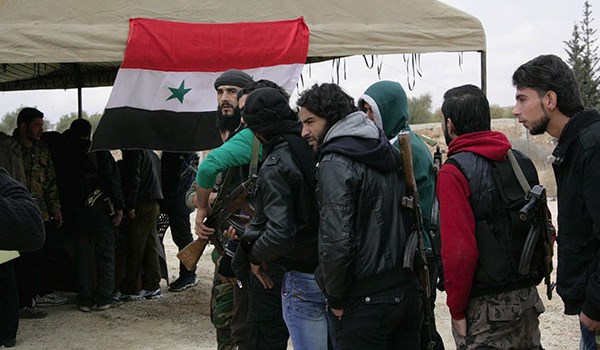 FSA militants in Mahaja town handed over their arms to relevant officials and signed peace agreement with the Syrian government.

The army concluded an agreement after several days of talks based on which the militants who intend to lay down arms can apply for government amnesty and those terrorists who oppose peace can leave the town for militant-held regions in Idlib. The agreement was concluded a few hours after the end of the Syrian army’s three-day-long ultimatum to the rebels in Mahaja.