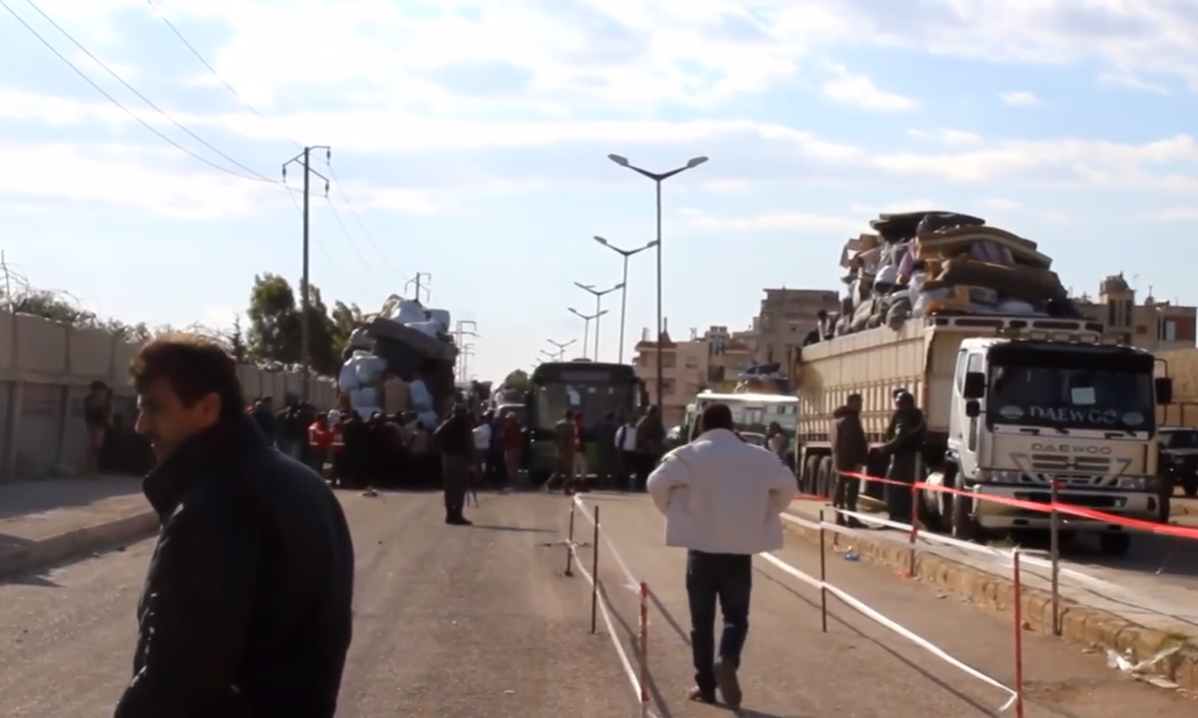 Militants carrying their weapons and personal belonging were seen approaching the buses along with elderly, women and children. In March the Syrian government and fighters in Homs signed an agreement. In accordance with the agreement, militants and their families agreed to leave Homs, while Syrian government troops provide safe passage.