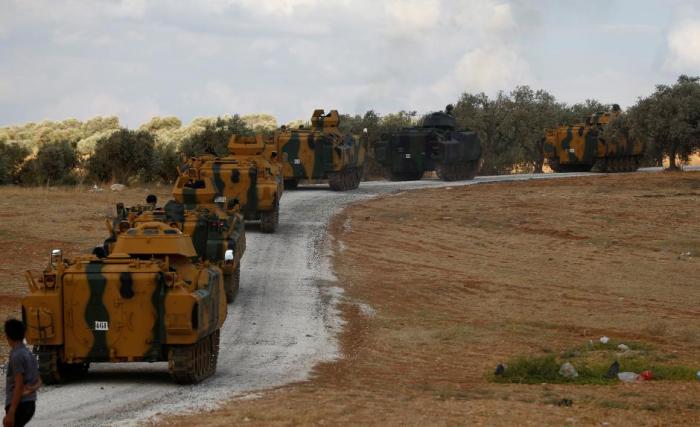 Over 60 Turkish military vehicles crossed the Turkish-Syrian border near Kafr Lusin village and headed to Al-Eiss, supposedly to establish an observation point in accordance with the de-escalation zones agreement.

This is the second time the Turkish troops attempt to reach Al-Eiss in recent days. Previously another Turkish convoy which was moving towards the town had to retreat after it came under fire from the Syrian forces located in the area. On the way back it was targeted by a car bomb. No one has claimed responsibility for the explosion yet.

Yesterday the spokesman for the Turkish Presidency Ibrahim Qalin announced that Turkey intends to establish 12 observation points, five of which had been already set up. He added that Turkey managed to “overcome some misunderstandings and miscommunications”, expressing hope that the remaining observation points will be created shortly.