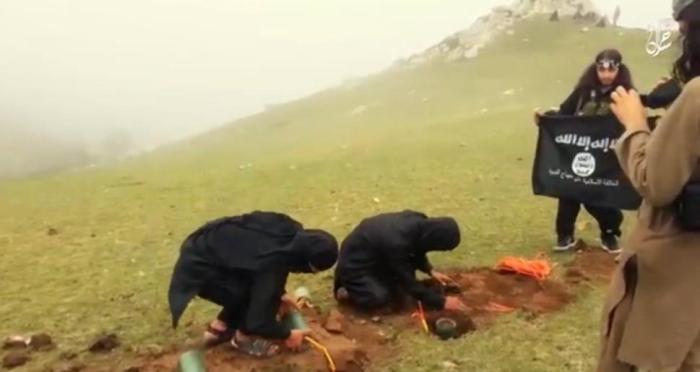 A mine blast killed three Lebanese soldiers on Sunday as they were heading to take part in an offensive against ISIS along the border with Syria, the army said.

Lebanon’s army began its operation in the Ras Baalbek and Qaa region early on Saturday, and has already recaptured two thirds of the territory in the area, the military said.

“An army vehicle was hit by a landmine on the Al Najsa road roundabout in Jurud Arsal at noon today, killing three soldiers and injuring one soldier seriously,” the statement said

The battle against ISIS is being fought further north from Jurud Arsal, along the border with Syria.