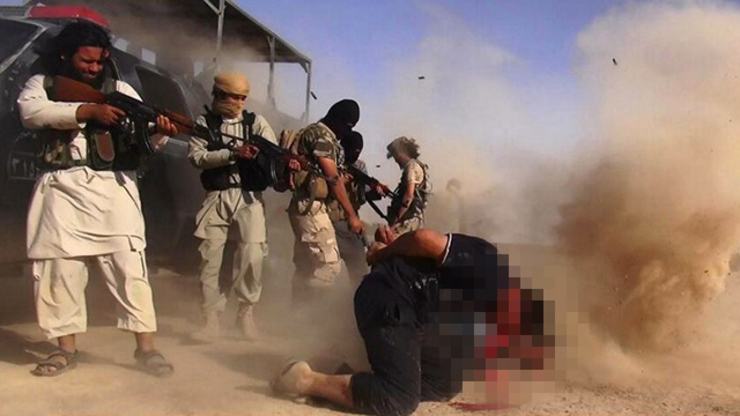 ISIS terrorist group has publicly executed its security official Abu Muhammad in Hasakah province, accusing him of spying for the US-led coalition.

The terrorists accused Abu Muhammad of leaking security information about the group’s movements in Margada town to the US-led coalition. According to the source, he had tried to desert the jihadist group and escape Syria. However, he was arrested by ISIS guards before fleeing Margada town.
Margada town is the ISIS’s final stronghold in Hasakah province. It’s located on the administrative borders between Hasakah and Deir Ezzor provinces.

0 thoughts on “ISIS EXECUTES ITS MEMBER IN HASAKAH”