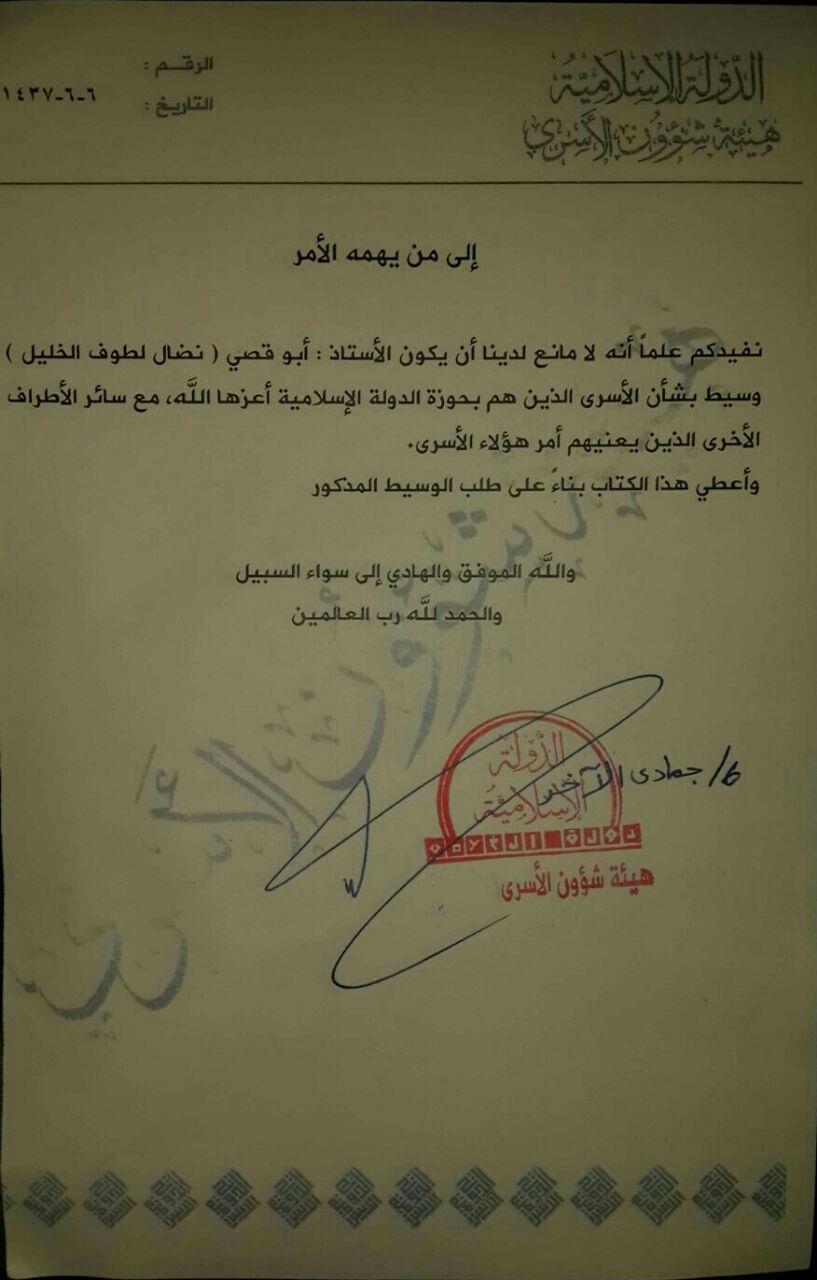 The paper is usually allotted after a telephone conversation aimed at setting up the purpose and specified places to visit. After the registration ISIS authorities send photos of a paper via WhatsApp messenger to an applicant.

The document comprises a name, a car plate numbers, a date of issue and a period of validity as well as a purpose of the visit and ISIS local administration’s seal. Notably, the said document says that it was sent and received exclusively via WhatsApp messenger.

Ungranted locals have no freedom of movement, those who breach the regime are severely punished.