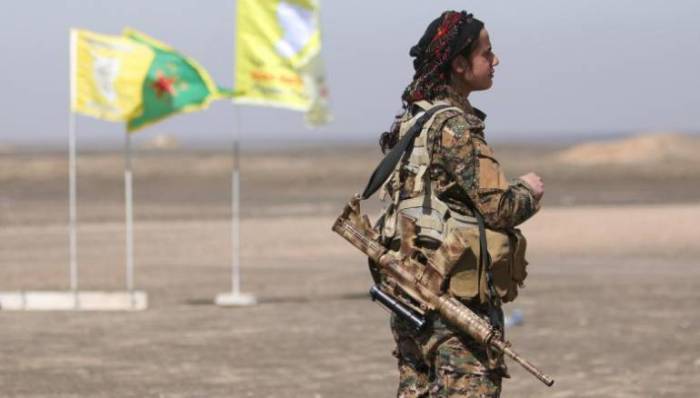 ISIS militants launched an offensive on the Al-Omar oilfield in eastern Deir Ezzor, which was previously captured by the Syrian Democratic Forces (SDF).

On the pictures, published by the ISIS media outlet Amaq, ISIS terrorists are seen on a road that leads to the oilfield, carrying weapons and terror group’s flags.

Simultaneously with the offensive the area was hit with a sandstorm, which has decreased visibility to several meters.

Al-Omar oilfield and the neighboring areas, including Konako and Jafra oilfields, were captured by SDF during its Deir Ezzor offensive. The US-backed alliance seeks to establish contol over Tanak oilfield near the city of Abu Kamal.