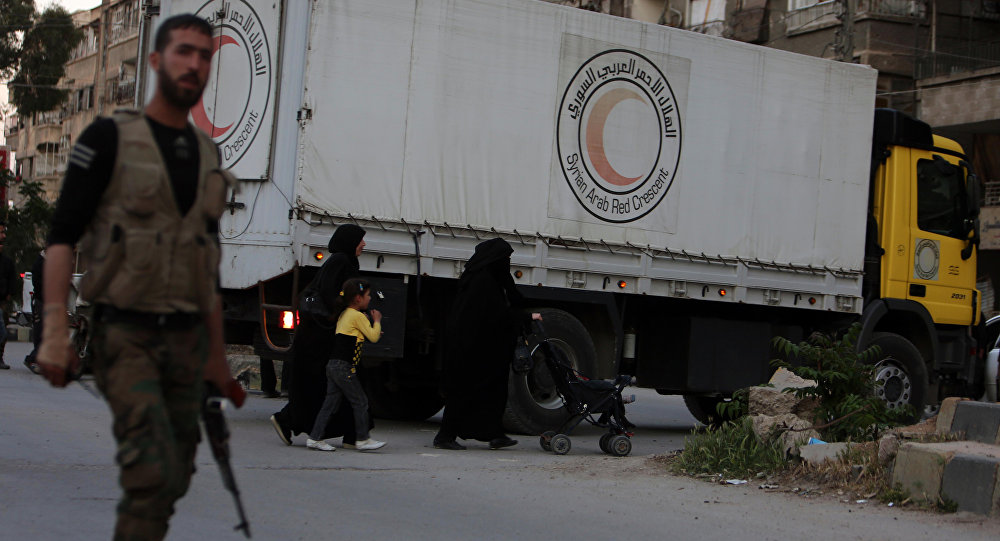 The civilians remaining in the Damascus suburb of Eastern Ghouta controlled by the armed opposition groups will be able to safely exit the area via a humanitarian corridor starting on Tuesday, February 27th.

Each day, the Syrian army will halt its actions against the militants from 9:00 till 14:00, enabling the civilians to exit towards the government-controlled areas.

The humanitarian corridor has been created in the area of Al-Wafdin camp, with several centres of medical assistance established by the Syrian Red Crescent Society.

Previously, the SAA began to evacuate civilians from Hazrama and Nashabiya neighbourhoods of Eastern Ghouta after they had been liberated from the militants. Several thousands people were able to leave the area via humanitarian corridors.

Despite the efforts of the Syrian government, the militants continued to hinder the evacuation process and to break the ceasefire by shelling Damascus. In the last few days, more than 50 civilians perished as a result of mortar fire by the militants.

The major factions present in Eastern Ghouta are Jaysh al-Islam, Faylaq al-Rahman and Hayat Tahrir al-Sham, the latter being excluded from the de-escalation zones agreement as a terror group.