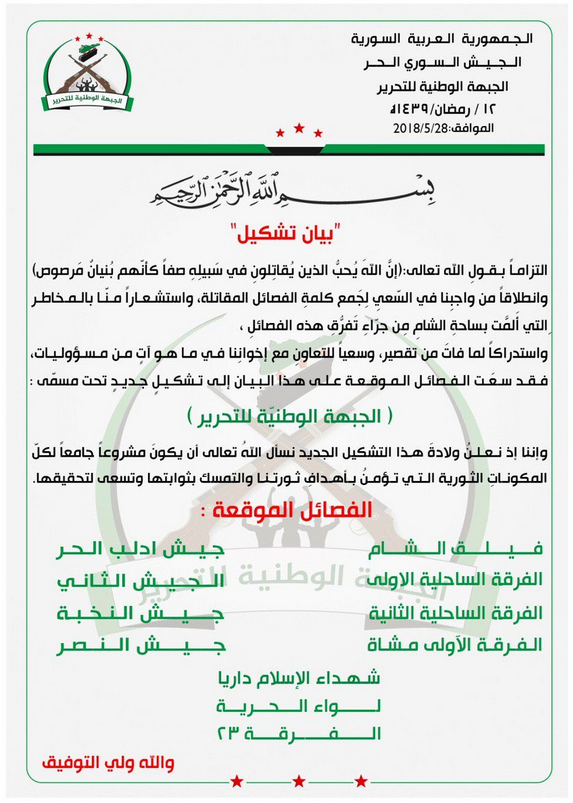 The newly established union consists of the following groups:

– Current commander of Faylaq al Sham, Col. Fadlullah al-Hajji, was appointed as a leader of the formation.

– Abu Hudhayfah was appointed as an official spokesperson.