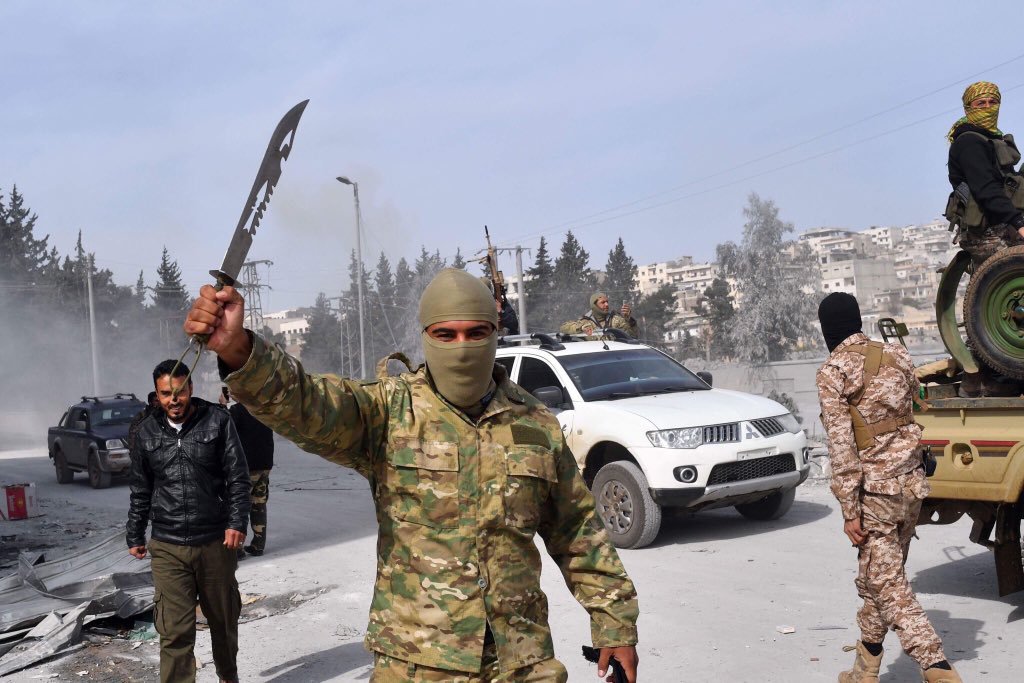 According to local sources, the infighting involved the militants of Ahrar Al-Sharqiya and Al-Farouq battalion. The conflict was triggered by an argument during the distribution of property stolen by the militants from the citizens of Kuran village.

Moreover, Ahrar Al-Sharqiya leadership forced the citizens of Jenderes to demonstrate against the rival Al-Farouq Battalion threatening them with weapons and using the locals as a human shield.

The sources added that several militants have been killed and wounded in the clashes.

7 thoughts on “FSA FACTIONS CLASH OVER STOLEN PROPERTY IN AFRIN”