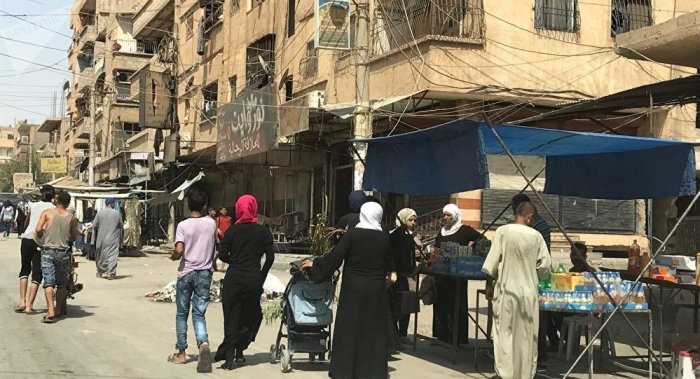 Five civilians were killed and 35 others wounded in Deir Ezzor when the city was targeted with mortar fire by ISIS terrorists.

According to local sources, the terrorists used mortars to target the people who gathered to receive humanitarian aid in Kasar district.

Although ISIS has lost control over the major part of the city, the terrorist continue to attack the Syrian troops stationed in Deir Ezzor. After the three-year-long siege was broken this month, ISIS has been steadily retreating under the offensive of the SAA and US-backed Syrian Democratic Forces.