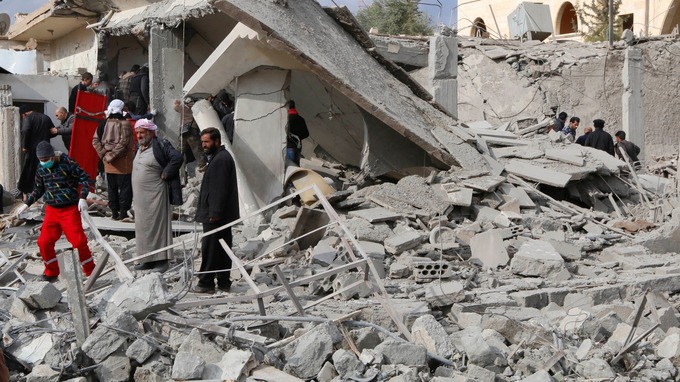 At least 34 civilians were reportedly killed in U.S.-led coalition airstrikes on Raqqa and Deir Ezzor provinces.

The warplanes targeted the village of Kasra Sheikh Jom’ah in the Southern countryside of Raqqa city, killing a five-member family, including three children. 12 of the civilian casualties were in a cafe net near Jazreh to the West of Raqqa.
n the meantime, the fighter jets bombed the waterway in the town of Deiban in the Southeastern countryside of Deir Ezzor city, killing three civilians and wounding several more.