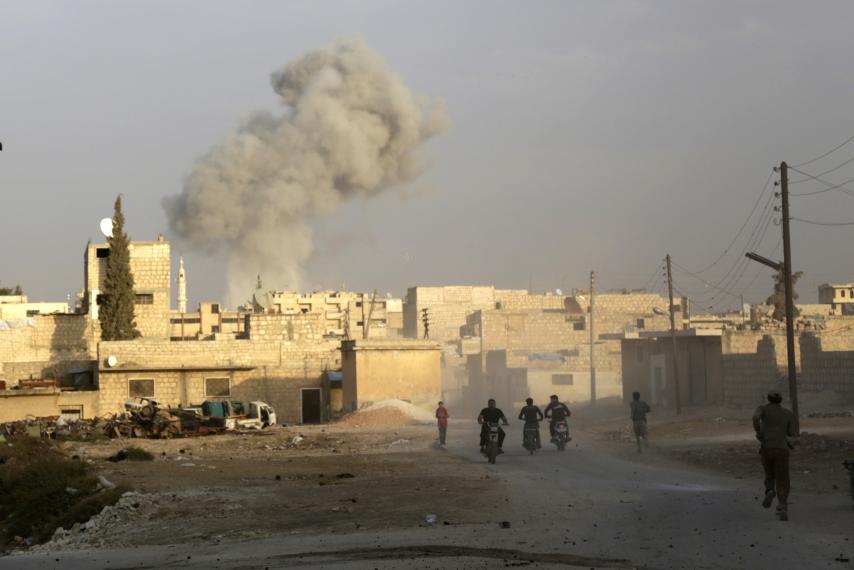 An airstrike in eastern Syria early on Wednesday has killed at least 30 civilians and injured dozens more, the Syrian Observatory for Human rights has said.

The strike in al Dablan, south-east of al Mayadeen, is the second in 48 hours that has caused multiple fatalities.

The US-led coalition is supporting an offensive by Arab and Kurdish militiamen from the Syrian Democratic Forces (SDF) against the Islamic State group’s self-declared “capital” of Raqqa, around 200 kilometres north-west of al Dablan.

Earlier this month, the Syrian Observatory for Human Rights said US-led coalition airstrikes on two Syrian provinces targeting ISIS have killed 472 civilians over the past month, more than double a previous 30-day toll.

It is not yet known who carried out Wednesday’s airstrike in al Dablan.