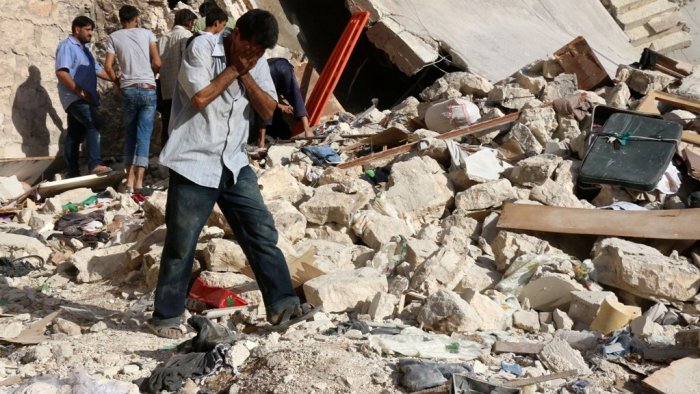 Social tensions grow in the the eastern parts of the city that are still occupied by rebel groups. Since early November, FSA broke up at least two rallies.
Jabhat Fateh al-Sham militants and FSA rebels equip their HQ and long-term shelters directly under residential multi-storey buildings. While the lodgers are prohibited to leave the house for fear of being shot. This way militants try to protect themselves from Syrian and Russian aviation.

According to Conflict Overwatch Group, FSA command ordered to put more roadblocks to prevent local residents from leaving blocked areas of the city. Militants who guard those outposts usually fire at will.