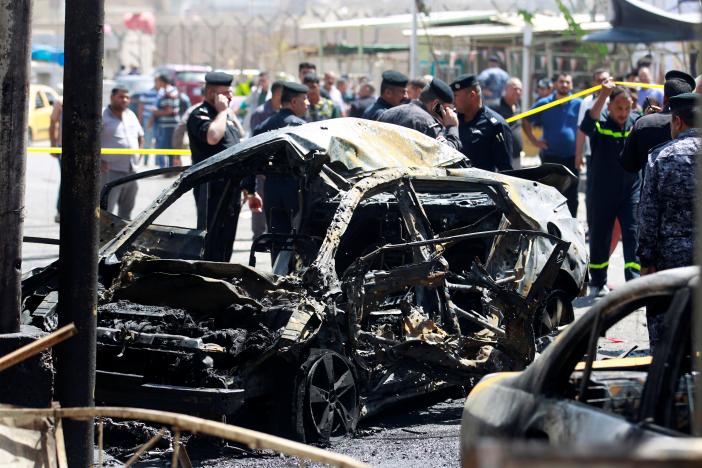 Two car bombs and a suicide bomber killed at least 35 people in Baghdad and in a city to the west, and wounded more than 100 in Tuesday attacks targeting the late-night crowds typical of the Muslim holy month of Ramadan.

ISIS claimed all three attacks in statements on its Amaq news agency.

A car packed with explosives blew up near a popular ice cream shop in the commercial Karrada district, killing at least 13 people and wounding 40 just after midnight.

A few hours later, a second explosion killed 10 people and wounded 44 more near a government office in Karkh district.

And in the evening, a suicide bomber attacked an army check point in a commercial street of Hit, a Sunni town west of Baghdad, killing 12, including seven military members, and wounding at least 24.