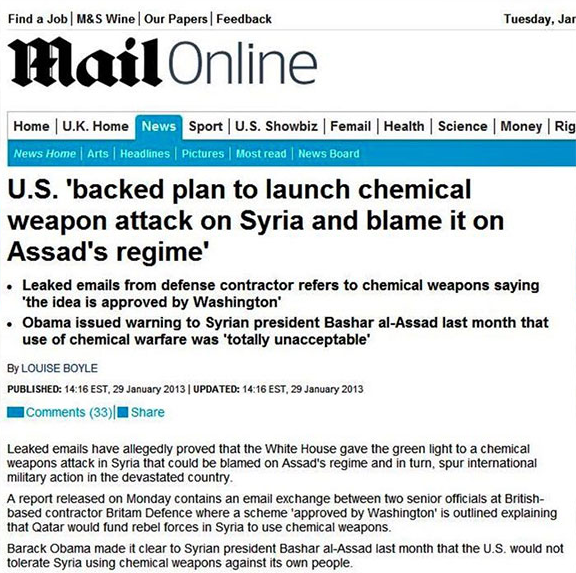 Daily Mail has deleted an article revealed the U.S. plan to use chemical weapons to blame Bashar al-Assad that was published on January 29, 2013.

The article was titled ‘U.S. backed plan to launch chemical weapon attack on Syria and blame it on Assad’s regime’. Article author Louise Boyle claims a chemical attack was supposed to be a pretext to increase military intervention in Syria.
According to Boyle, several e-mails revealed the White House plan have gone viral. The report said Washington had approved the use of chemical weapons to blame the Syrian government on it. The e-mails allegedly uncovered a correspondence between two officials from UK-based Britam Defence Limited. Also Boyle said Qatar should have funded a chemical attack organized by rebels. 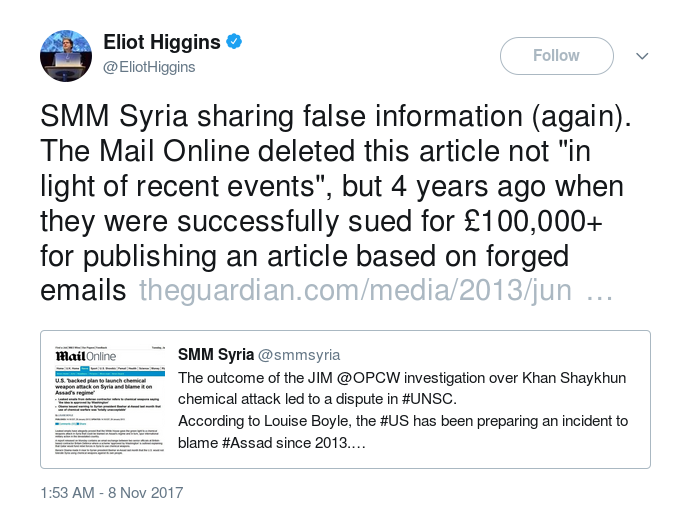 But British analyst and founder of Bellingcat Eliot Higgins criticized our post on Twitter, arguing that SMM Syria ‘sharing false information (again).’ He claims it was a libel to the defence firm, referring to The Guardian report. However, the report says nothing about the article removing.