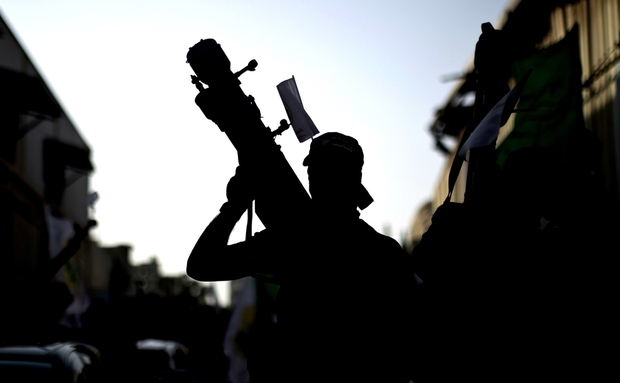 Arab countries supporting the Syrian rebels have stepped up pressure on the United States to allow the provision of anti-aircraft missiles to the rebels, an Arab intelligence source told Breitbart Jerusalem.
He said that Saudi Arabia, Qatar, Turkey and Jordan, among other countries, have been lobbying Washington to address the air supremacy that the regime and their Russian patrons have benefited from, as has become apparent in their latest air campaign against the rebels in Aleppo that left the city in ruins.

The source said that the pro-rebel countries are divided on the issue, with some, like Jordan, believing that arming the rebels with antiaircraft missiles would only prolong the conflict and increase the strain of refugees knocking on its doors. Nor does Turkey, for its part, wish to break from the Turkish-Russian understandings that ushered in its intervention in northern Syria.

Saudi Arabia and Qatar, however, are ready to pay for and provide the supplies immediately.

“The Sunni bloc, chiefly Saudi Arabia, are alarmed at the prospect that Aleppo will fall,” he said. “They think it would instigate a domino effect that would demoralize the rebels and discredit them … that’s why they’ve been relentless in lobbying the US.”

In parallel, he said, the Saudis and Qataris are pressuring the Front for the Liberation of Syria, formerly Nusra Front, to fully cut its ties with Al Qaeda and become full members of the coalition of opposition groups, especially in relation to its policy on peace negotiations.

The source said that Washington has been reluctant to comply, fearing that the advanced weapons might end up in the possession of the Islamic State or some Nusra Front elements who are still committed to Al Qaeda.

“But most of all they fear of the repercussions it may have on their relations with Russia,” he said. “The effect of a Russian jet downed by the rebels, using a missile provided by the Americans, will be devastating, as well as exacerbate the fighting. That’s why, for now, it’s out of the question for the administration.”

He said that the missiles will not be provided by the US, but rather via third party Arab countries. He added that Israel, albeit sharing Saudi Arabia’s concerns about Iran’s growing influence in the region, adamantly opposes the notion of arming the rebels with antiaircraft missiles.

It is widely understood that some Syrian rebel elements have already obtained and deployed the portable air defense systems known as MANPADs.