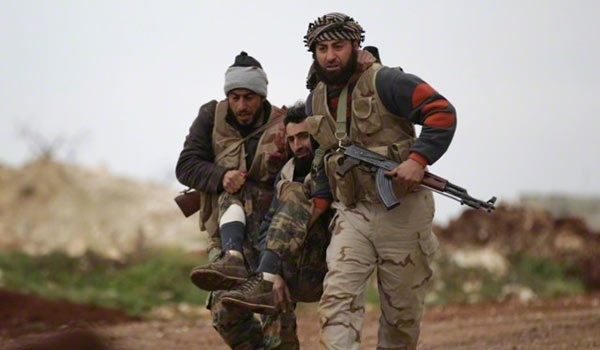 Once hailed as one of the more moderate — and powerful — military groups in the Syrian battlefield, Ahrar al Sham is disintegrating rapidly and there is nothing its Turkish backers can do to save it.

Established back in December 2011, Ahrar al Sham once boasted nearly 20,000 fighters and played an instrumental role in every single rebel victory against government troops during the years 2013-2015. Many in the West pinned high hopes on it, seeing it as a potential player in the future of Syria, especially after its troops joined in the fight against the Islamic State.

Many ignored the fact that one of its founders, Abu Khaled al Souri, was a ranking former al Qaeda operative with close ties to Osama Bin Laden. He was killed by ISIS in February 2014. They also turned a blind eye to its declared program of wanting to set up an Islamic state in Syria based on sharia law.

Over the past ten days, however, massive defections have been recorded from Ahrar al Sham, both in northern Syria and in the al Ghouta orchards around Damascus. Hundreds are fleeing Ahrar camps and joining Hayat Tahrir al-Sham.
This month, HTS expelled Ahrar from Idlib. It also expelled Ahrar from the Bab al-Hawa border crossing between Syria and Turkey. Frantically, Ahrar warriors have retreated into villages in the Hama countryside in central Syria and into the two Turkish-held pockets along the border, Jarablus and Azaz. They are also still present in the town of Ariha, south of Idlib.